I’m passionately curious, involved in IT since 1993 and active in the Internet business since 1995. Open-source enthusiast and IPv6 early adopter, I always try to use the right tool to achieve the expected result. I served as CTO for more than one ISP and managed four different AS. I am currently CTO at AS59715, a local government body in Italy.

In other words, it could be a way to enrich RIPE meetings’ offer by adding a different point of view on Internet matters.

Peter Hessler is a developer with the OpenBSD project and is involved with OpenBGPD.

Working with computers for 20 years, Peter comes from helpdesk and Unix System Administration. He has been involved in most aspects of the networking industry since 2008, including technical support, vendor, and operations.

Melchior is currently Lead Engineer Cloud Providers at Juniper Networks. He has over 15 years of experience in various operations, engineering, and systems engineering positions with cloud providers, data centers and service providers.

Melchior participates in several community activities, IETF, RIPE and is a board member at the NLNOG foundation.

He loves to discuss, present and talk about routing security, Internet operations and routing protocol evolution. He is also the author of two books.

Further information can be found on his LinkedIn profile.

Radek is a network and Linux system engineer with a passion for IPv6, which he is deploying since 2008. He works in IT since 20 years and spend most of his time maintaining Linux-based operating systems and the networking infrastructure around it. He is currently deploying the Content Delivery infrastructure for Showmax.com, the African streaming video-on-demand service. His most known successes are the deployment of IPv6 at the largest content provider in the Czech Republic (Seznam.cz) and IPv6 on the T-Mobile CZ DSL infrastructure.

Radek often talks at local conferences such as LinuxDays CZ, IPv6 Seminars by CESNET.cz and is also a member of the CSNOG programme committee.

With the advent of IPv6, the Internet is changing. In my opinion, it is important for the members of the RIPE community to participate in the transition to IPv6-only networks (both talk about it and listen to such talks). So far, this topic was suppressed from the RIPE NCC Plenary meetings, even though IPv6 deployment and IPv6-only networks are becoming the norm (and default). As a member of the RIPE Programme Committee, I would like to search for and invite speakers which have been on the IPv6 path and have seen the successes and failures of the current state of this technology, as well as give talks about interesting IPv6-related topics myself.

Stefan Wahl has devoted most of his professional life to planning and operating networks and the Internet. He has actively worked on projects as a consultant for companies and carriers, and also supervised them as a project manager. He is one of the four founders of ECIX and was the Managing Director before the company was sold to Megaport in 2018. In the beginning, he worked in engineering as well as administrative tasks. As a result of working at ECIX, the main focus of his work has shifted to Internet Exchanges and the related questions.

As an active member of the Internet community, he regularly takes part in conferences and events. He actively works with the community in the organisation, planning and in the working groups of events such as DENOG or EuroIX. As a result, he has gained experience in programme committees in recent years. Thanks to his decades of work in the area of ​​the Internet in technical and economic matters, and his proximity to R&D, he is a competent contact. He has not lost his love and interest in the technical aspects of the Internet over the years.

After all these years, I want to give something back to the RIPE community, which has inspired me for so long and has had a strong influence on my decisions.

After completing his degree at Karlsruhe University, Wolfgang started working as a network engineer in 1994. He went on to become head of network operations and peering manager at a range of ISPs.

In 2006, Wolfgang joined DE-CIX as Director Customer Support, a position he held for ten years. Since 2016, Wolfgang has been head of the DE-CIX Academy, making sure customers understand how BGP and other routing protocols work. 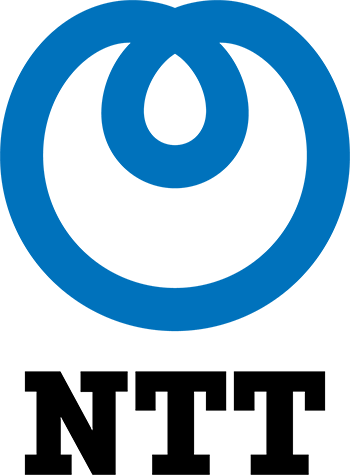